Are you curious about those sudden sneezing barrages or those random runny and itchy nose instances? One moment you’re just doing your thing, the next one you’re sneezing your heart out. This sounds a lot like allergic rhinitis. If you don’t know what that is or what it does, don’t worry. This article can help you identify, understand, and even prevent allergic rhinitis.

It’s also sometimes known as hay fever. It’s a diagnosis associated with symptoms affecting the nose and sinuses after breathing in an allergen. An allergen can be anything that would normally be harmless to others but can trigger an allergic reaction with you.

According to the American Academy of Allergy Asthma and Immunology, up to 30 percent of the world’s population may be affected by allergic rhinitis.

Allergic rhinitis can be either seasonal or perennial. If the allergens are seasonal, like pollen, people will only experience symptoms when the allergens are present in the environment. If the symptoms are felt throughout the year, the condition is perennial and may be due to allergen that is always present like animal dander or dust.

The most commonly associated symptoms with hay fever are the following:

Here are some lesser-known symptoms but are still very common among those suffering from hay fever:

The body reacts to an allergen by releasing histamine. It is a natural chemical that counters or defends the body from what it thinks can hurt it — in this case, the allergen. Histamine causes allergic rhinitis and its symptoms.

Here are the usual suspects for allergens that can raise body histamine and cause allergic rhinitis:

Other factors don’t directly cause allergic rhinitis, but they can trigger or worsen it.

Hay fever also usually runs in families. If a parent or sibling has exhibited symptoms, there is a bigger probability that those sneezes you’ve been having during summer is allergic rhinitis. 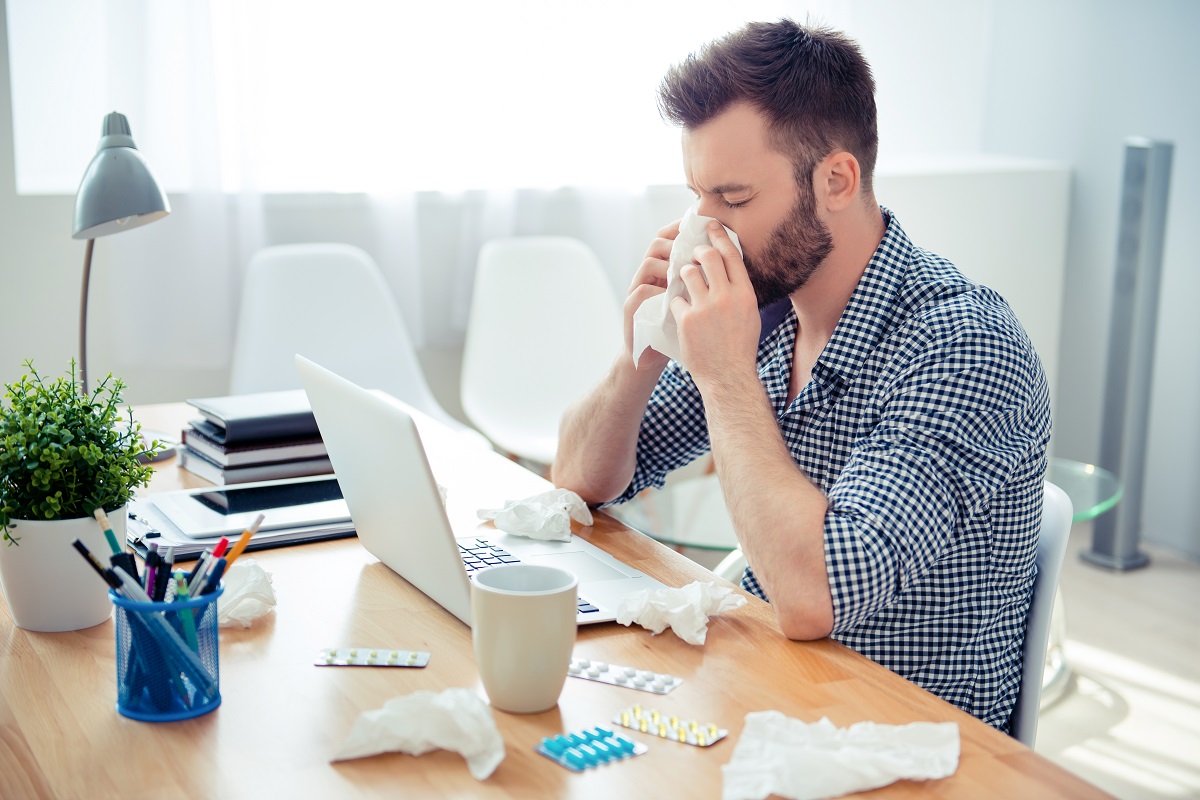 There are many possible ways to treat or remedy allergic rhinitis. It would still be best to consult with your doctor, but here are some treatment options:

When at home, the use of air conditioners and dehumidifiers can help reduce allergic reactions indoors. Washing beddings and clothes in hot water can also decrease the number of dust mites. Does a fan help with congestion? It can do more harm than good as dust mites can live in ceiling fans and scatter dust once they’re turned on.

With the COVID-19 outbreak, the use of masks is also encouraged. This can help prevent allergen from getting into the nose and causing hay fever symptoms.

According to Healthline, despite not having enough evidence to support them, some people use alternative medicine to treat seasonal allergic rhinitis. Here are some examples: