The economical choice in remote rural areas, gravel roads have unique construction and maintenance requirements that set them apart from their concrete- and bitumen-paved counterparts. They can nonetheless fulfil their job well for the few motorists they serve.

Most modern roads familiar to motorists today are paved (or sealed) roads, found mostly in areas of high traffic. Unpaved roads, meanwhile, are rare in the developed world and are usually found in rural areas where major traffic is not considered an issue. The most common form of unpaved roads are gravel roads, and many official minor roads across the Australian wilderness are made of gravel.

In these rural and often sparsely populated places, it may be more economical to build an unpaved road out of gravel due to the general absence of heavy traffic. As the road less travelled, these are easier to build and even easier to maintain and would typically serve the needs of the few inhabitants of nearby communities well. A good quality gravel road can be just as functional to a seasoned motorist as its sealed counterparts.

The more familiar paved road, meanwhile, is more common in areas with a higher volume of traffic. Roads in most major cities and towns are usually paved roads, as are major roads that handle frequent freight traffic. These roads can carry a higher amount of weight and provide a much smoother surface for vehicles (especially freight vehicles) to travel on Sealed roads last longer and do not need to be maintained as often. As communities develop, the need for sealed roads comes with them. 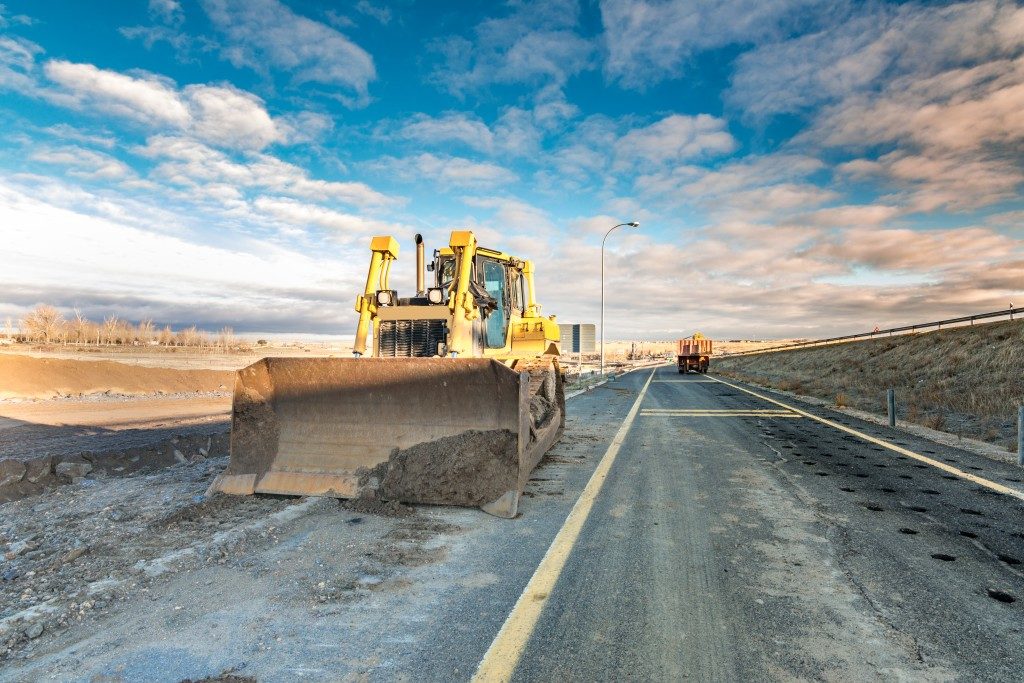 At the core of the construction of the unpaved road is the grader. A grader is used to smoothen out the gravel on top of the road’s foundations and create the desired smooth surface that pedestrian and vehicular traffic can pass through. Most modern dirt and gravel roads hire a grader to maintain the evenness of the road’s surface.

In contrast, a grader is just of machines during the construction of a paved road. Once the road has been adequately levelled and graded, its compacted subsurface is coated in an outer layer of concrete or bitumen. Bitumen mixtures can create a smooth and flexible paved surface that is very elastic, especially when mixed with recycled rubber or plastic. Meanwhile, concrete paved roads need periodic joints in between to facilitate contraction and expansion lest they buckle.

In the past, paved roads were made with flagstone, cobblestone, or setts, which are held in place through mortar. These are still found in historic communities across the globe.

Despite their appearance, roads are not perfectly level. Most streets have a parabolic (semicircular) cross-section called a camber which needs to strike a balance between providing a secure surface for travelling vehicles while allowing water to drain through gravity safely. The grade of the camber peaks at the middle in level surfaces while rising on one side in slopes.

While the cambers of a gravel road provide it with some protection from water damage, prolonged rain can cause gravel and other unpaved road surfaces to erode. Adverse weather conditions can create an abundance of potholes and ruts in the surface of a gravel road. Retaining the proper camber of a gravel road requires periodic maintenance using a grader.

Paved roads, meanwhile, have longer-lasting cambers due to their more durable construction; they can take constant vehicular and pedestrian traffic before needing to be resurfaced due to erosion.