When a couple gets married, they imagine their lives together; the two-and-a-half children they will have, the white-picket fence they’ll work toward, sharing crucial moments and making memories as a bonafide family unit, and not the possibility of divorce. But with divorce statistics on the increase in Western cultures, it is a reality that commonly rears its ugly head, decimating the idea of the “happily-ever-after”.

In amongst grieving the end of a relationship and beginning the healing process, soon-to-be-ex spouses need to navigate through unchartered territories: the administrative nightmare of the divorce proceedings in deciding who gets what, how assets are divvied up, and who gets custody of the children. Without proper legal representation, it can be a complicated and arduous minefield.

That said, reaching a peaceful resolution with minimal conflict, confrontations and complications between parties are possible with the right divorce solicitor on your side.

Any number of variables that fall under the coined term “irreconcilable differences”, including adultery, desertion, unreasonable behaviour and couples who have been emotionally and physically separated between two and five years.

Either you or your partner has filed for divorce, what do you do next?

Seek expert legal advice to take you through the transitional steps of being “married” to “legally divorced and able to marry again in the future”, a status that is referred to as “decree absolute”.

For most, finances and children arrangements are at the forefront of divorce negotiations. These discussions can be overwhelming and daunting, but settlements can be met that account for both of your needs amicably, without having to resort to lengthy and difficult court proceedings in the case of major disputes.

Financial support for estranged spouses and protecting what’s yours

In your marriage, you and your partner may have co-owned property and assets. How then, does the allotment of finances occur in a way that is considered “fair” for both parties involved? What occurs if one spouse is “financially weaker than the other”? The topic of money can, unfortunately, be ugly and emotionally loaded.

Expert advice by your lawyer is given to you throughout the proceeding, but it is imperative that you provide full financial disclosure. Hiding assets won’t work in your favour, and conversely, having suspicions about a spouse’s money activities can be investigated by a team of forensic accountancy experts, not to mention that “freezing orders” can be applied wherein which prohibits the flow of cash once negotiations have commenced.

The general starting point in most divorce settlements is a 50/50 split; however your divorce lawyer discerns just how much you are entitled to.

Children are often at the crossfire of a messy separation, through no fault of their own.

Resolving custody issues should be based on what is best for the child or children, in a way that won’t traumatise them further. Visitation rights for non-custodial parents are also discussed, emphasising the need for practising kindness, respect and civility when it comes to face-to-face encounters with an ex-spouse, for the sake of your offspring. 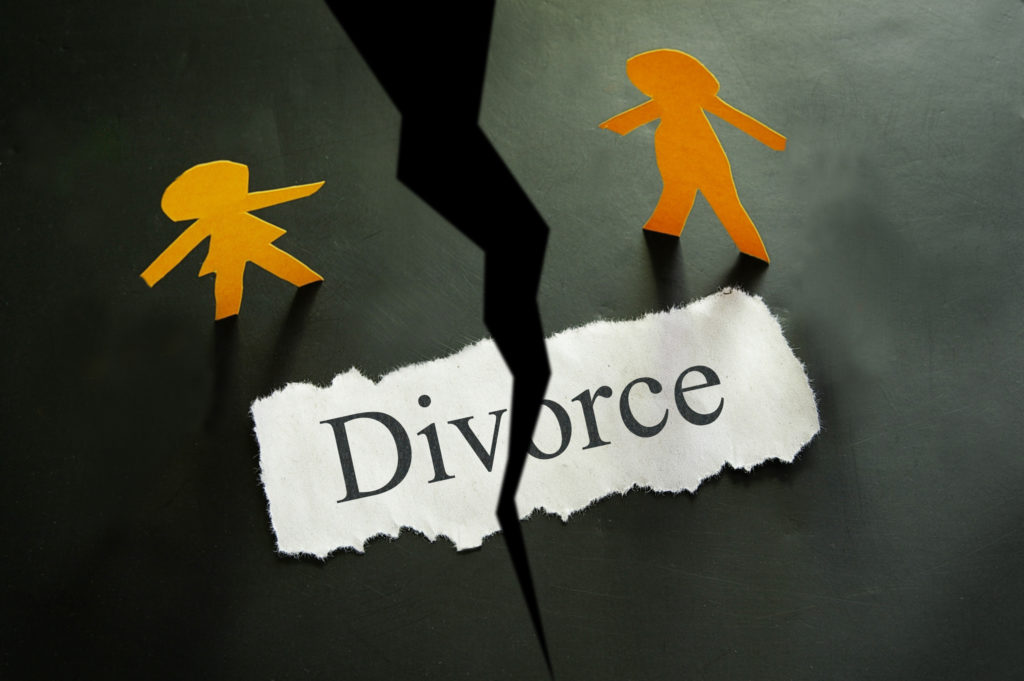 If an agreement cannot be reached between the two parties, your legal counsel can present you with alternatives over settling matters in court, like round-table negotiation and mediation. In the past, these methods have been met with effective and conducive communication and solutions that both parties agree with. The quicker this decision is made, the sooner the transition takes effect, which entails helping your children adapt to a life where their parents live separately, and feel settled in their family home while focussing their education and growing up in a stable household.

How long will it take before one is considered “legally divorced?”

If no significant complications arise, between four and six months.

High-risk factors: being an international couple

If you and your ex do not reside from the same place, there could be disputes surrounding where the divorce negotiations commence. Your lawyers can fight to settle the divorce in an English court, in a manner that favourable to you, given there is an appropriate connection between you and your ex-spouse either living or coming from the UK.

Another concern that needs addressing is international child arrangements and their links to abductions. In this instance, it is advised that a multi-lingual team with an understanding of The Hague Convention and Brussels IIA Regulation which governs child abduction, support and represent you.

Understandably this is a turbulent time for you, and you’ll be needing the best legal representation possible who are professional, empathetic to your hardships, can simplify and help you understand complicated jargon, keep you regularly updated, and lastly, minimise your anxieties and stressors.