For many of us, working at a major corporation entails a lot of excitement. We get to interact with many people from different walks of life daily. We have the opportunity to serve big-time clients all over the world. Even the team-building activities and company outings are a cause for excitement.

But three words can instantly cause a lot of buzz in the office. They can grab everyone’s attention and keep on the edge of their seats. And those words are “acquisition,” “merger,” and “takeover.” These words would certainly shake things up in the company. It could lay off many people or bring in new ones.

In a nutshell, an acquisition means that a company buys another company’s shares. By acquiring most of their shares (more than 50 percent), they gain control of that acquired company. Through this act, a company could make executive decisions such as taking on new clients, restructuring the company, and even opening up new headquarters.

Companies conduct acquisitions for many reasons. For one, they want to expand their business’ reach to their target market. Say, you may want to build a network of audiology clinics all over the country. What do you do? You conduct hearing health (HH) clinic acquisitions. This way, you get to have control over the clinics.

A great example of a successful acquisition is when Disney bought Marvel for $4.2 billion back in 2009. Although Disney paid an obscene amount of money for Marvel, it was worth it. Back then, the Marvel Cinematic Universe only had Iron Man and The Incredible Hulk to show for. But since then, it has produced some of the most successful movies at the box office. Thus, it made Disney a whole lot more money. 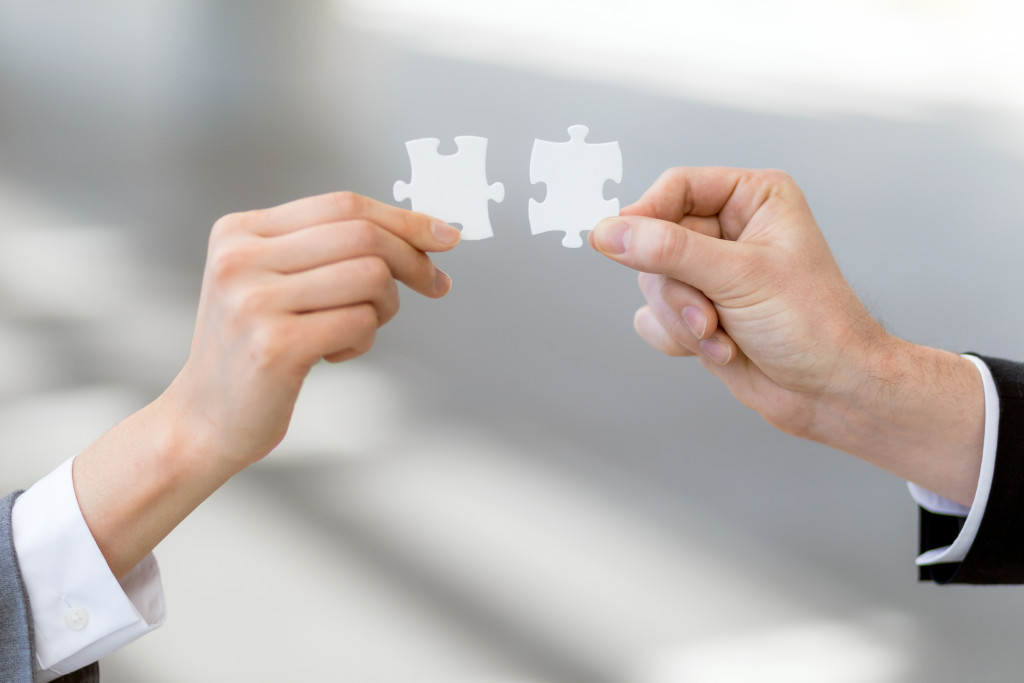 When you hear “merger” in business, it’s often connected to “acquisition.” But a merger in itself is different from a merger and acquisition. A merger refers to an agreement between two companies. Their union of operations would then lead to a new business entity. In a merger, the two companies have roughly the same size, scale of operations, etc. Thus, they both have equal control over the new business entity.

On the other hand, a merger and acquisition is just a broad term that covers the process of companies coming together to form one company, regardless of how much control one has over the other.

An example of a successful merger happened between Exxon and Mobil. In 1998, they merged. This deal’s value reached up to about $81 billion. Since then, they’ve been one of the leading oil companies in the world.

At its core, a takeover is quite similar to an acquisition. It’s when a company bids on another company to gain control over that acquired company. But what makes a takeover and an acquisition different is the nature of the act.

A takeover is often perceived as a hostile way of taking over a company. This occurred when the acquired company didn’t consent to the acquisition, making it a hostile takeover.

An example of a takeover is when ConAgra initiated an acquisition of Ralcorp in 2011. But when Ralcorp resisted the offers, ConAgra changed tactics and attempted to conduct a hostile takeover. This led to a long and arduous bargaining process. In the end, ConAgra finally got Ralcorp for $5 billion.

When you read online articles about an acquisition, merger, or takeover, you’ll find that they often interchange these three things. Some would say that Disney merged with Marvel. Some would also say that Exxon acquired Mobil. So knowing the differences between these three things will help you understand such business news. And it would help you when you make decisions about your own company.